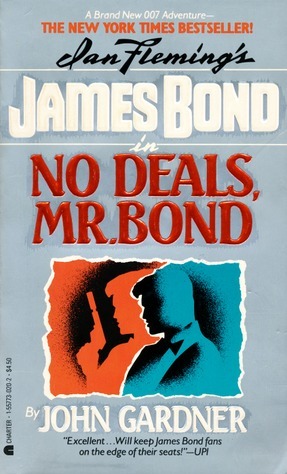 The sixth James Bond novel by John Gardner, published in 1987.

Former operatives who took part in a mission in East Germany are being killed, and Bond is tasked to look after them. Eventually he learns that his real mission is about weeding out double-agents and capturing a powerful KGB official.

Chronologically, the last Bond novel to feature SMERSH as a major antagonist, and indeed a sort of Grand Finale for that arc.