Web Animation / The Most Popular Girls in School 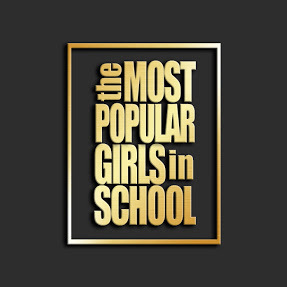 Maybe if we worked harder at being nice and making friends instead of defeating enemies, we really would be the most popular girls in school.
—Shay Van Buren
Advertisement:

Directed by Mark Cope, written by Carlo Moss, and produced by Lily Vonnegut, the series centers around the highly aggressive and vulgar misadventures of the most popular girls at a fictional high school in Overland Park, Kansas. It can be described roughly as a mixture of Mean Girls and South Park, featuring a cast of high school characters archetypes depicted in Stop Motion.

The Overland Park High Cheer Squad, led by head cheerleader Mackenzie Zales and co-head vice captain Brittnay Matthews, is constantly at war with any number of rival factions trying to usurp their popularity. These groups include a family of Overland Park socialites known as the Van Burens, a rival cheer squad from the neighboring town of Atchison, and a group of former cheerleaders who have become hipsters bent on overthrowing popularity as we know it. Besides a never-ending struggle for power, the girls also go through all the trials and tribulations anyone in high school goes through: relationships, sex, prom, parties, etc.

New episodes appear every other Tuesday on their channel

, with, alternately, new material on their bonus channel

starting late 2017. Other material can be found on their tumblr

On August 25, 2015, the main app with MPGIS content was released on android and iOS, which closed on September 29, 2017 due to said app's company going out of business.

from Universal Cable Productions and Denver & Delilah, was first announced by the creators

. However, due to complications

, such an idea was scrapped, and they have opened a Patreon page

There's a character page, and a Recap page. Feel free to pitch in!

Provides the examples of:

Alternative Title(s): The Most Popular Girls In School