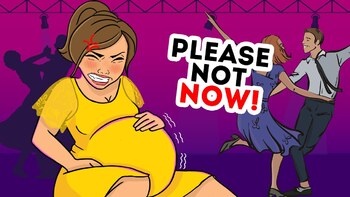 Often when a fictional work features a pregnant teenage girl, she'll go into labor at the prom. Most likely because she got knocked up around homecoming. May overlap with My Secret Pregnancy or a Surprise Pregnancy.