Party at My Index 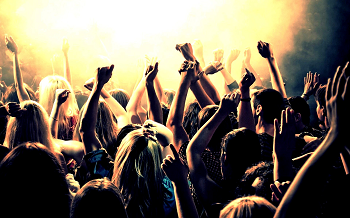 There's a party goin' on right here
A celebration to last throughout the years
So bring your good times, and your laughter too
We gonna celebrate your party with you
— Kool & the Gang, "Celebration"
Advertisement:

An index of tropes either about parties, or that often take place in one. The kind of party could range from a birthday party, to a house party, to a school dance, to a nightclub, to a royal ball.