"Everyone Comes Back" Fantasy Party Ending 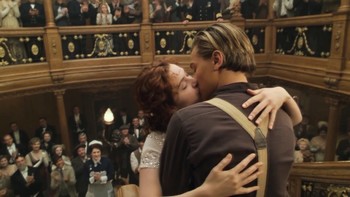 And they all lived happily ever after. Oh, wait...
Advertisement:

A fantasy sequence at the end of a film, where everyone who'd appeared previously in the film comes back for a party, including characters who were merely imaginary or died in the course of the story. Everyone has a good time, old recriminations are forgotten, and everyone gets a Happy Ending. Often this is a Tear Jerker or a Heartwarming Moment.

Since this is an ending trope, spoilers will be unmarked.