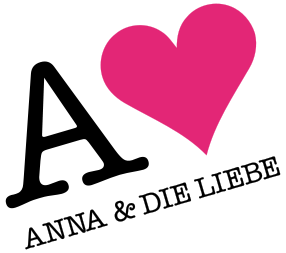 Anna und die Liebe (Anna and Love) is a German Soap Opera; running since autumn 2008, it is one of the more popular soap operas in Germany and features many corny acting characters.
Advertisement:

Originally, it focused on the character Anna Polauke — a shy and lonely woman — who began a job at the advertising agency "Broda & Broda", where she met her first love, Jonas Broda. As time went on, the focus was given to one of Anna's cousins, Mia Maschke, who began work in the same company as a cleaning woman.

Later, people died, "Broda & Broda" went bankrupt and Jonas was killed in a Russian mob operation, which led to the cast getting jobs at Lanford Luxury, a fashion firm.

Anna returned in season three to find a new love. She found one and won his heart with the help of Nina, a criminal she met in jail. Nina took the role as main character in September 2011.

The show is notable for having many montages (such as one while calculating debts) as well as eccentric, Large Ham characters.

"Ah now I understand, you like the chick! Yes fairly cute but sorry i can´t help you getting into her bed."
— Michael Jung (moments before getting punched in the face)