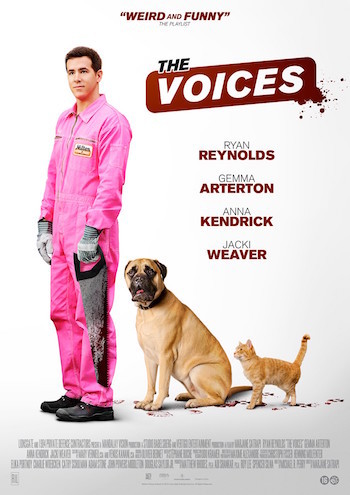 The film centers on Jerry, a cheerful man with a new job in a bathtub factory. He's also insane. Every night at home, he thinks that his dog Bosco and cat Mr. Whiskers are talking to him. When he asks out the company's pretty accountant, Fiona, things take a turn for the darkly humorous. Will Jerry listen to Bosco and take the moral path, or will he listen to Mr Whiskers and succumb to his insanity?

The Voices contains examples of: