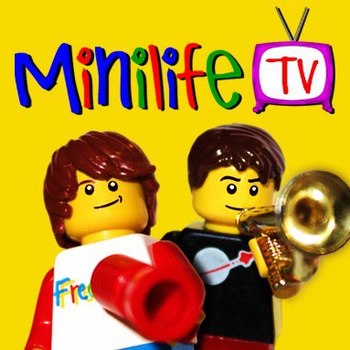 A show about everything.

is a LEGO stop-motion animated series on YouTube. It follows the adventures of two best friends Chris Salaises and Ian Holmquist, as well as their friends.

The show debuted on March 2, 2012, while the channel was created on September 23, 2011. As of November 19, 2021, the series is currently at five seasons and 75 episodes, as well as seven short films. A movie is currently in development.

On September 4, 2020, the series was pitched to LEGO World Builder, which can be viewed here

Hello, folks, and welcome to Minilife TV! Today, we're going to list all of the tropes used on our show.

It's the end credit theme.
Boobity-doo-doo-doo
Is anyone still listening?
Tra-la-la-la-la-la
The fun is over for this week.
If you liked it, you can speak
In the comments.
Until next time.