Let X Be the Unknown 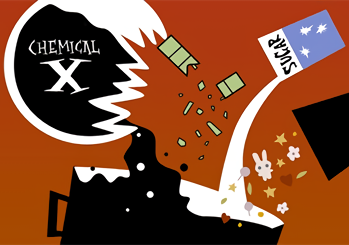 WARNING: May cause superpowers, use responsibly.note Chemical X Bottle by SubjugatedSandwich

, but the meaning is the same. Death — a letter that spells endings."
— Master Xehanort, Kingdom Hearts: Birth by Sleep
Advertisement:

Naming something "X" makes it not only cooler, but more mysterious. "X" is often associated with anonymous persons and things that have yet to be formally named.

The fact that X represents a single unknown, generic value in mathematical equations may be partly responsible for this trope and is the source of the trope name.