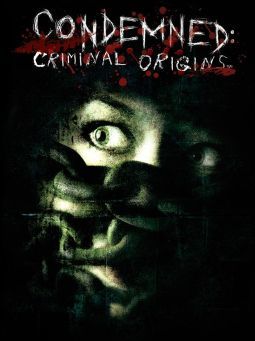 Condemned: Criminal Origins (2005) and its sequel Condemned 2: Bloodshot (2008) are a two-part series of horror games by Monolith Productions. Their selling point is their vicious and brutal melee combat, which combines with the game's subversive, if at times barely comprehensible storytelling.

The game takes place in a fictional U.S. city. named "Metro City". Ethan Thomas, rising star in the FBI's Serial Crimes Unit gifted with incredible forensic instincts, is framed for murder when investigating a crime scene. The next morning, an enigmatic man claiming to be a friend of the family comes and warns Ethan to flee, before the police arrive. This prompts Ethan, at this man's urging, to begin searching for the serial killer that set him up. As the game progresses, a trail of dead birds and murderous hobos begin hinting that something is wrong in the city, more wrong than he might have ever hoped.

Criminal Origins has examples of: