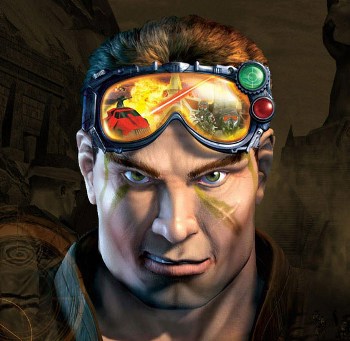 Got a present for ya!
"Where's my medal?"
—Havoc's very first line in the game.
Advertisement:

Command & Conquer: Renegade is an 2002 FPS spin off from the popular Command & Conquer: Tiberian Series of video games. Taking place during the events of the first game, you play the role of a loose cannon commando named Havoc. As such, you get to have fun shooting plenty of Nod soldiers and blowing up buildings with C4.

Character tropes of the game are in a subsection of this page.

Please note that this page is for tropes that feature in this game only. Please add tropes relating to other games as well on the main Tiberian Series page.