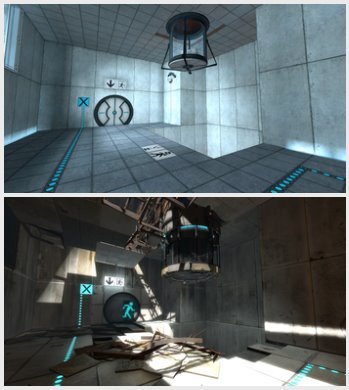 "Sorry about the mess. I've really let the place go since you killed me. By the way, thanks for that."
"See, after beating the eight Robot Masters in Mega Man 3, the player is forced to replay four of their stages. The stages exist this time in a ruined form - platforms have been blasted out of existence, it’s pitch black where it used to be day, and in every case the place has largely gone to the dogs, which is to say, become a lot harder."
— El Sandifer

A level in a game has been visited by the character before, either in that game or in another, and has now been radically re-done. Several of these changes are common:

This is different from simply revisiting a level that hasn't really changed, that's either a Recurring Location or a Nostalgia Level. Also not to be confused with Dark World or Mirror World, which are versions of the level in an Alternate Dimension; this is the same level you've been in before, but it's been changed in some generally minor way.

Compare Backtracking, Hard Mode Filler, Arrange Mode, and All the Worlds are a Stage. If the Remixed Level in question is the final area of the game, the first visit qualifies as a Final Dungeon Preview. If the changes strain credibility, it's due to Chaos Architecture.

Examples Remixed from the Same Installment: