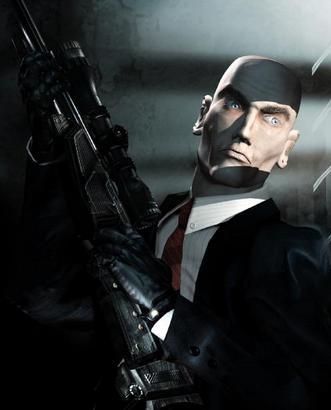 It's the dawn of a new day.
Advertisement:

Hitman: Codename 47, released in 2000, is the first game of the Hitman series by IO Interactive. It's the only game so far to be developed solely for PC; PlayStation, Dreamcast, and N64 versions were planned but got cancelled for unknown reasons. Starting from Silent Assassin onward, the series has been developed for both PC and consoles.

The game had obtuse controls and no save option, its chief redeeming feature being Mr. 47 himself; a well-dressed, well-built chap, polite in conversation and exuding inimitable charm. The story takes place in 47's early adulthood after he escapes from his creator and begins his career as a hitman.

The enemies in this go-round include a Hong Kong mob boss, a Colombian drug lord, two would-be terrorists in Budapest, and a weapons smuggler working out of Rotterdam Harbor. The climax takes place inside and underneath a lunatic asylum in Romania.

For the semi-remake (which was available on console this time around), see Hitman: Contracts. Also, don't confuse it with the much later, similarly named, fifth entry of the Hitman Franchise; HITMAN, colloquially called by manynote including this very wiki for disambuiguation purposes Hitman (2016).