Russia Takes Over the World 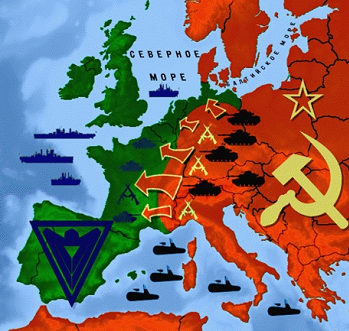 A popular trope in Alternate History stories or those set 20 Minutes into the Future. Russia is a global superpower and could possibly take over the Earth, at least in fiction.

Worries about this happening were part of the Red Scare movement during the 1950s. For Cold War versions, this will invariably be a World War III scenario. If they succeed, this will result in the world becoming a Commie Land. For the post-Cold War period, the writers will have to Make the Bear Angry Again.

Expect to see Russia marching into the Invaded States of America at some point. Taking back Alaska may be a motivation.