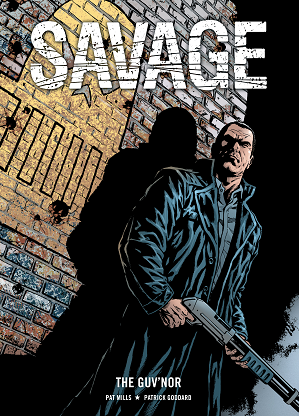 In 1999 the Volgan Republic of Asia invaded Western Europe, defeating and occupying Britain in hours, leaving only resistance groups fighting for liberty. When London lorry driver Bill Savage found out his family had been killed in the invasion, he took up arms against the invaders.

One of 2000 AD's debut titles in 1977 under the name of Invasion! and written by then editor Pat Mills the original story lasted 44 issues before being discontinued. However in 2004 the story was resurrected by Mills and re-titled Savage.