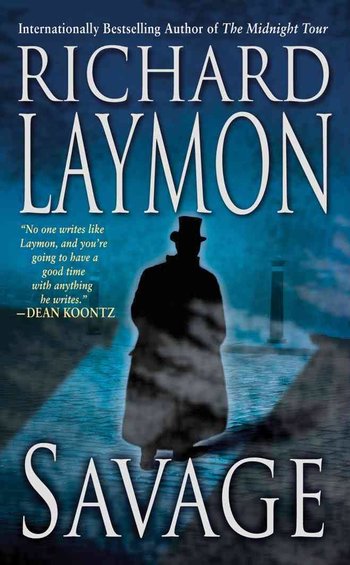 Savage (sometimes subtitled From Whitechapel to the Wild West on the Track of Jack the Ripper) is a 1993 Speculative Fiction novel by Richard Laymon. The narrator is 15-year-old Trevor Wellington Bentley. After witnessing Jack the Ripper kill his 5th victim, Mary Kelly, Trevor tries to kill him. Adventures take him from London to the West.