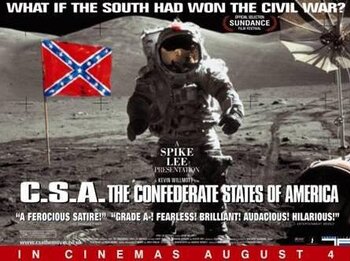 "Some men see things as they are and ask ‘Why?’ I dream things that never were and ask ‘Why not?’"
— Robert F. Kennedy (paraphrasing George Bernard Shaw)
Advertisement:

Alternate History has numerous associated tropes, answering questions of how history could have happened differently.