Mexico Called; They Want Texas Back 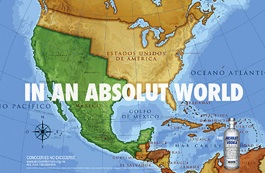 "We didn't cross the border, THE BORDER CROSSED US!"
Advertisement:

Some Mexicans came to America, and for some, America came to them.

In 1836 the Republic of Texas separated from its previous Mexican rule. After spending the better part of their one sovereign decade attempting to join the United States, Texas was annexed by the USA in 1845. The United States offered Texas security, stable rule, and economic survivability, as many had families in the United States and feared that Mexico had plans to strike once more at Texas, hence this trope. The United States also would protect the settlers' right to own slaves — these settlers, first invited to Texas by the Mexican government after agreeing to follow Mexican law, balked at Mexico's ban on slavery in 1829, which these slave-owning settlers very much disagreed with. The new Texas immigrants from the United States became known as Texicans while the original Hispanic locals were called Tejanos. Texas (or Tejas as it was called at the time) was originally granted a one-year exemption from the 1829 ban, but Mexican president Anastasio Bustamante ordered that all slaves be freed in the law of April 6th, 1830 which also prevented further emigration to Texas from the United States and increased import taxes. This law didn't stop further immigration as Americans continued to settle Texas illegally. To circumvent the law, many Anglo colonists converted their slaves into indentured servants for life. The slavery aspect is something Texans unsurprisingly tend to gloss over when discussing their state's history. After Santa Anna overthrew president Anastasio Bustamante in 1832 the Mexican government started giving concessions to Texas that included a repeal on the emigration ban, more representation to Texas, and the right to trial by jury. However, Santa Anna had other plans as he overturned the 1824 constitution in 1835 and ordered all state legislatures and militias to be disbanded. The Tejano governor of Texas refused and when Mexican authorities attempted to seize a cannon used for defense against Comanche raiders it led to the Battle of Gonzales which sparked the Texas Revolution.

In 1846, the United States Congress declared war on Mexico following a border skirmish between a Mexican cavalry detachment and a U.S. patrol. Long story short, the US army fought all the way to Mexico City, Mexico lost the fight, and the Mexican government signed the Guadalupe-Hidalgo treaty, in which Mexico transferred to the USA the territories that are nowadays covered by California, Nevada, Utah, Arizona, New Mexico, Texas, and parts of Colorado, Kansas, Wyoming, and Oklahoma — that is, around 60% of its territory (though only a very small part of its population or gross national income) — in exchange for the sum of 15 million dollars (accounting for inflation, that's about $390 million in 2012). This was later followed by the sale of La Mesilla / purchase of Gadsden for the purpose of building a transcontinental railroad.

Needless to say, the thought of being formerly such a huge country that lost so much land supposedly means that many Mexicans have at some point dreamed of getting back the "Lost Territories". However, given that America spends about 100note As of 2020 times as much as Mexico on its military, this dream will likely go unrealized for quite some time. There is a Truth in Television aspect here, as activist groups like La Raza and MEChA have stated in their charters the goal of bringing back to Mexico much of its former land, but what if, in fiction, the USA were weakened enough (or Mexico made powerful enough) to make this dream come true?

Thus, whenever in speculative fiction you see the United States somehow greatly weakened, or in the past before the USA became a superpower, you can pretty much be assured the back story will involve Mexico invading and conquering at least Texas and California. This is particularly ironic, because Mexico's economy right now is smaller than both Texas and California.note in fact, California's economy is more than double the size of Mexico's ; in fact should Mexico hypothetically succeed this very moment in recovering just these two states, the Mexican economy would practically quadruple its size, but then again, it IS Texas. For the same reason, in the event of the United States breaking apart it's probably more plausible for California and/or Texas to take over Mexico than for the reverse to happen.

See also Divided States of America. Sister trope of Russia Called; They Want Alaska Back. May happen as a result of opportunism during a Second American Civil War. Eurabia, the idea of Europe being taken over by Muslim immigrants, is the loose European version of this trope. See also revanchism

which were actual, primarily European, examples of this phenomena.