Film / A Cure for Wellness 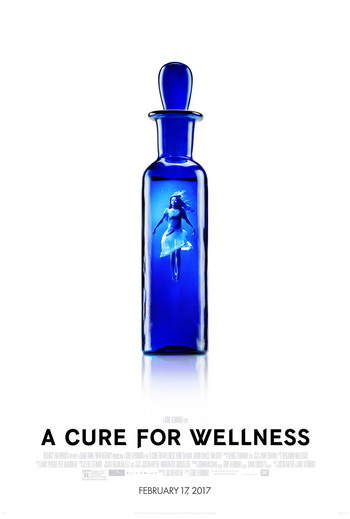 You will see it's wonderful here.
Advertisement:

A Cure for Wellness is a 2017 horror film from Gore Verbinski. It stars Dane DeHaan, Jason Isaacs, and Mia Goth. It was released on February 17, 2017.

A young NYC executive named Lockhart (DeHaan) must travel to the Swiss Alps to retrieve his company's CEO after he failed to return from an extended spa stay. Upon his arrival, Lockhart is forced to stay at the spa following a car accident, wherein he stumbles upon a sinister conspiracy stemming from a dark history involving the foundation upon which the spa was built.