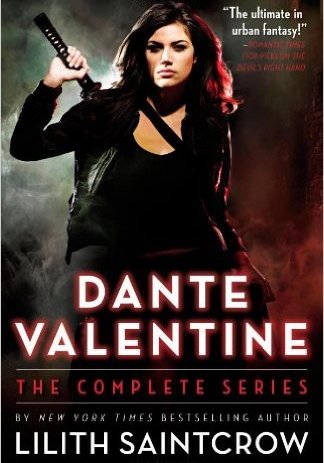 Dante Valentine is a Necromance, a psion specializing in raising the shades of the dead. However, she's also a Bounty Hunter with a predilection for getting into trouble. And when the Devil himself comes calling, you don't get to turn down the job, even if it means going after a man who nearly killed you once already.
Advertisement:

Basically it's The Dresden Files, if Harry Dresden was a woman living in a Science Fantasy setting a few hundred years in the future.

The novels are available both individually and as an omnibus edition. Saintcrow also published a spinoff Serial Novel, Selene, starring a sexwitch Danny encounters in one of the books. The novel was republished in 2014 as Selene: A Saint City Story.