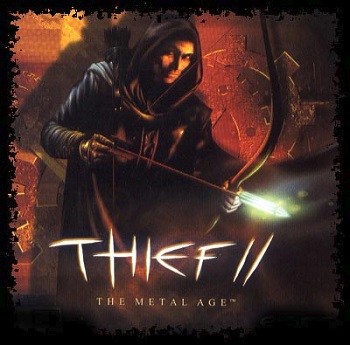 Thief II: The Metal Age is the second game in the Thief series, which honed both the original's stealth gameplay, and its Immersive Sim mechanics. It was also, sadly, the final game created by Looking Glass Studios before it filed for bankruptcy. Four years later, another sequel emerged, developed by Ion Storm.

Following the events of The Dark Project, Garrett returned back to his old profession as he observed more technological advances in the hands of the Mechanists, an offshoot to the Order of the Hammer. When overhearing its leader making deals with a corrupt sheriff who seems to have it out for him, Garrett sought to investigate the intentions of the new sect, ending up embroiled in an escalating conflict.

Since Looking Glass folded very shortly after release, Thief II Gold, which similarly to Thief Gold will add levels and bugfixes, never saw release, but there have been attempts by fans to do a remake based on existing documentation.