A list of characters as they appear in Thief II: The Metal Age. Garrett, other recurring characters and recurring faction descriptions can be found here.

The faction in general 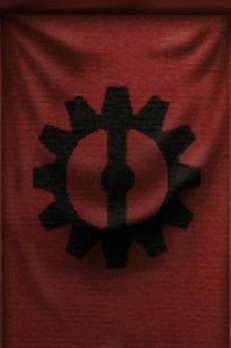 He poured his children's eyes from glass
and from steel wrought their hands
that none could escape his judgement.
— The New Scripture of the Master Builder
Strike hot iron and call forth sparks. Strike a man and call forth fury. To shape man or metal to thy will, thou must strike with force.
— The Collected Sermons of Karras
Blessed be the forge, which gives shape unto metal, and steam unto the boiler. Blessed be the fire of the Builder and the Forge of Karras.
The forest is dark. Karras be my light! The cavern is dark. Karras be my light! The night is treacherous dark. Karras be my great and ever-shining light!
— Prayers and proverbs heard among Mechanist guards

After the events of The Dark Project, the Order of the Hammer found itself in something of a crisis. In this temporary power vacuum, the former Hammerite priest Karras became the leader of a radical offshoot movement of Hammerites, and soon afterward, the founder of the new Mechanist church. Unlike the Hammerites, the Mechanists are much less conservative in their worship of technology and industry, and Karras shows full confidence in his preaching of the superiority of machine creations over organic life. The Mechanists' unabashed public image of outreaching innovators, willing to cooperate more closely with secular institutions, leads to a quick rise in their popularity. After eventually overshadowing the crippled Hammerite church, the city briefly sees some rapid industrialisation and modernisation under Mechanist oversight. Unbeknownst to the citizens, Karras isn't being generous out of the goodness of his heart... 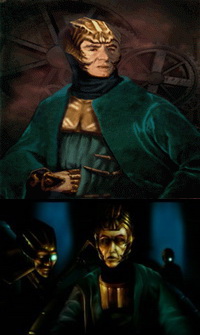 A Keeper that often contacts and advises Garrett during the events of The Metal Age. 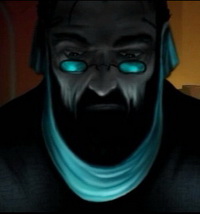 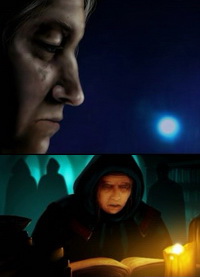 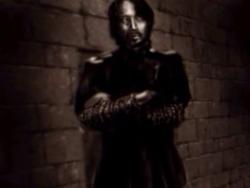 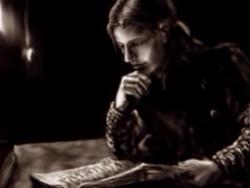 A nobleman dabbling in artistic pursuits, who runs an art gallery at Rampone Dockside Shipping.

A wealthy weapon producer and weapon trader, with his headquarters in rented space at Rampone Dockside Shipping.

The guards of the Van Vernon family and of "Master Willey"

A duo of brothers-entrepreneurs who operate the company Rampone Dockside Shipping at The City's docks. Aside from shipping contracts and services, they also rent office and workshop spaces in warehouse building to various smaller local businessmen and craftsmen. These include both noblemen (such as V. Kilgor), and commoner artisans and entrepreneurs.

A gambler and conman, with an office and workshop in rented space at Rampone Dockside Shipping. Jason Rampone was suspicious of him.

An expert lens-grinder, with an office and workshop in rented space at Rampone Dockside Shipping.

A professional musician, with an office and small recording studio in rented space at Rampone Dockside Shipping.

An accountant, with an office and small recording studio in rented space at Rampone Dockside Shipping. A friend to D. M. Gilver.

Acknowledged as one of the City's most popular merchants, he's the president of the Gilver Exporting Company and has his headquarters and rented storage space at Rampone Dockside Shipping. A friend to E. B. Bramrich.

A businessman residing in rented space at Rampone Dockside Shipping. He's well known in the City for supplying excellent steaks to butcher shops and restaurants. He has a dirty secret behind his recipes, though... He uses meat from giant spiders. 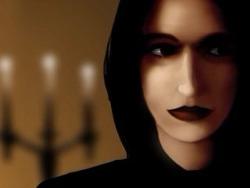 Viktoria returns in The Metal Age, now effectively the leader of the Pagans after the Trickster's demise, helping to organise a resistance movement against the Mechanists.

A Pagan villager working as an informant for the Pagans' leadership. 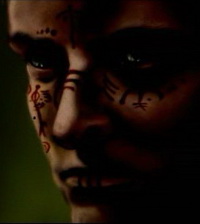 Hammerites (The Order of the Hammer)

A Hammerite who appears in the second mission, "Shipping and Receiving", complaining about the Mechanists' encroachment on Hammerite property and their displacing of the Hammerites.

A ghost you encounter in one of the interiors of a certain private mansion in The Metal Age. It's non-threatening and you can help it with freeing its soul.