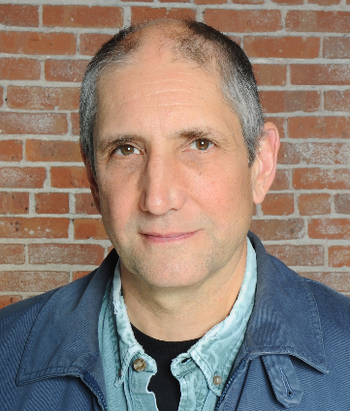 Stephen Russell is an American theatre, television and film actor and writer from Massachusetts. However, to many, he is best known for his prolific voice acting career, which he started in The '90s. He mostly voice acts in various video games. He is best known for voicing Garrett in Thief, and voicing Mr. Handys in Fallout 3.
Advertisement:

A member of the Wellfleet Harbor Actors Theatre (WHAT) since 1987, Russell has been a mainstay on the stage for over 20 years and has also acted with the Huntington Theatre Company, New Repertory Theatre, Stoneham Theatre and the Lyric Theatre. He lives and works in Wellfleet, Massachusetts, and is a member of Actors Equity and the Screen Actors Guild.