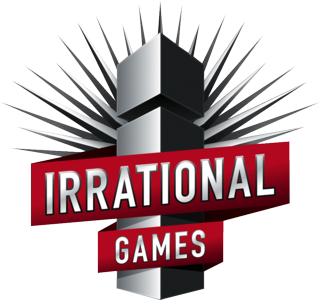 Irrational Games was founded in 1997 in Quincy, Massachusets by Ken Levine and several of his co-workers, who previously worked at Looking Glass Studios. Remaining on good terms with their former employers, Irrational and Looking Glass exchanged their employees quite frequently, and would co-develop several projects (until LGS' closure in the spring of 2000). Over the years, Irrational Games have published a number of critically acclaimed and commercially succesful games - particularly System Shock 2, SWAT 4 and the BioShock series (a spiritual successor to the original System Shock). In the early 2000s, the company opened up an Australian studio in Canberra.
Advertisement:

In January 2006, Irrational was bought by Take-Two Interactive and its name was changed to 2K Boston, with its Australian studio becoming 2K Australia. In 2010, however, Take-Two had a change of heart and allowed 2K Boston to adopt its former name again (seeing it as having better brand-recognition potential, given the succesful history of the developer). The Australian studio was eventually separated from Irrational and became a part of 2K Marin.

Their most recent project was the very successful BioShock Infinite, the third installment of the series, which featured a brand new story and steampunkish enviroments.

In February 2014, Levine announced on the company's website that he would "wind down Irrational Games as you know it" in an effort to focus on smaller, narratively driven games distributed digitally under the Take Two umbrella. This process entailed laying off most of the company and putting together a much leaner team of developers and was finalized in early 2017, with the founding of Ghost Story Games, a team of roughly two dozen developers led by Levine. As of that moment, Irrational Games has been effectively defunct.

. They also have a podcast, called Irrational Behavior

Not to be confused with Insomniac Games.

Tropes about this developer: