Film / The City of Lost Children 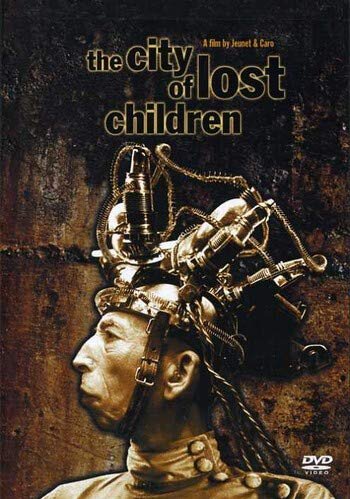 "Who has stolen the child's dream?
The mad genius Krank in his evil scheme.
To what vicious depths will he not descend?
Will the tale turn to tragedy...
or have a happy end?"
Advertisement:

The City of Lost Children is a 1995 French science-fiction film directed by Marc Caro and Jean-Pierre Jeunet, who also directed the similarly dark and surreal Delicatessen.

The film follows a circus strongman, One (played by Ron Perlman), and a streetwise orphan, Miette, in their attempts to save One's adopted little brother from Krank (Daniel Emilfork), a mad scientist who steals dreams.

It opened at the 1995 Cannes Film Festival.