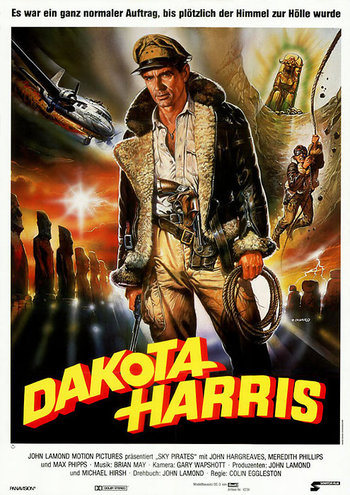 Dakota Harris a.k.a. Sky Pirates is a 1986 adventure movie directed by Colin Eggleston, and written by John Lamond and Robert Mowbray. John Hargreaves stars as a World War II pilot in the Pacific Theatre who gets lost in the Bermuda Triangle. The remainder of the film involves unravelling the mystery surrounding an alien object that enables the user to travel through time.