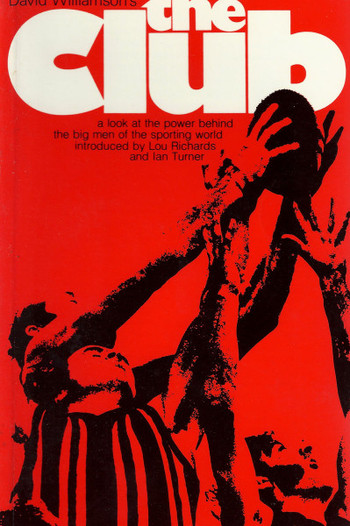 The Club is a satirical play by the Australian playwright David Williamson. It follows the fortunes of an Australian rules football club as the boardroom becomes a battleground when the purchase of a new recruit pits the disgruntled head coach against the club President. In the heat of battle, the players threaten a team wide strike and a club legend will use the opportunity to usurp the presidency for himself. Whilst the men each fight for power and control of the club’s on and off field destiny, the game’s best administrator watches his Machiavellian scheme unfold. It was inspired by the backroom dealings and antics of the Victorian Football League's Collingwood Football Club. The play was made into a film in 1980, directed by Bruce Beresford.

No relation to the Third-Person Shooter from 2008, or a wrestling Power Stable.

The Club includes examples of: