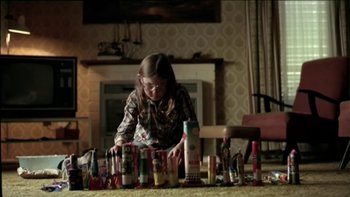 Cracker Bag is a 2003 short film (15 minutes) from Australia, directed by Glendyn Ivin.

A bespectacled pre-teen girl named Eddie lives somewhere in Australia with her mother and older brother in 1980. Her parents are either separated or divorced and Eddie plainly misses her dad. Meanwhile, "Cracker Night" (the Australian version of Guy Fawkes Night

) is approaching. As the date grows near, Eddie scrounges up fireworks for a family celebration, while hoping that her father will attend.