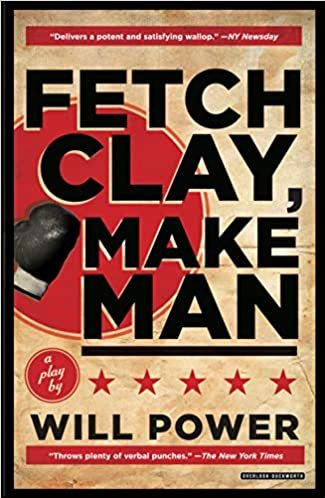 Fetch Clay, Make Man is a stage play written by Will Power and first performed in 2010.

The play is inspired by the Real Life relationship between Muhammad Ali, the famous boxer, and actor/comedian Lincoln Theodore Monroe Andrew Perry aka Stepin Fetchit

, on the eve of Ali's 1965 defense of his heavyweight championship against Sonny Liston.

Ray Fisher notably performed as Ali in the play at the off-Broadway New York Theatre Workshop in 2013.