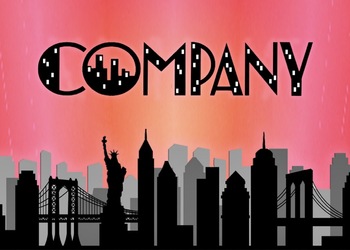 "You've got so many reasons for not being with someone, but Robert, you haven't got one good reason for being alone."
— Harry
Advertisement:

Company is a 1970 American musical comedy with book by George Furth and music and lyrics by Stephen Sondheim.

The plot revolves around Bobby, a handsome and well-liked single man, the five married couples who are his best friends, and three of his girlfriends. Unlike most book musicals, which follow a clearly delineated plot, Company consists of numerous short vignettes, presented in no particular chronological order and linked together by a celebration of Bobby's 35th birthday. One of the show's most notable aspects was that it was among the first musicals to deal with more adult problems through its music. As Sondheim put it, "they are middle-class people with middle class-problems."

The original production was nominated for a record 14 Tony Awards, winning six.