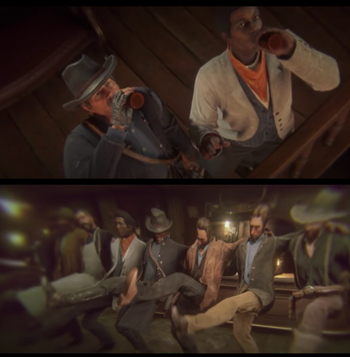 Montage showing character out on a bender. Character often stumbles through a backdrop of flashing neon signs, swirling lights, floating alcoholic beverages, and so on. Expect to hear Blues music on the soundtrack.