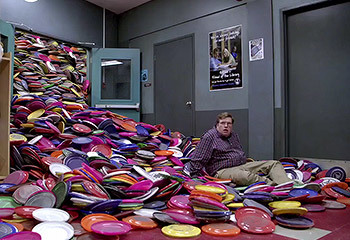 Francesca “Frankie” Dart is hired as CFO of Greendale after a roof collapses from 40 years of Frisbees landing on it. Tasked with fiscal responsibility, Frankie suggests cutting unnecessary classes such as “Ladders” amongst other changes, and Abed helps Frankie. Meanwhile, struggling to keep Shirley’s Sandwiches afloat, Britta, Annie, Jeff and Abed turn it into a speakeasy after Frankie bans alcohol on campus.