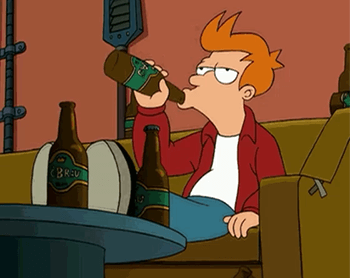 "To alcohol! The cause of — and solution to — all of life's problems."
— Homer Simpson, The Simpsons
Advertisement:

Tropes about alcoholic beverages and the consumption thereof. But you don't need to read this index! You can quit any time you want! *hic*

Theesh Topes — theesh Topes Are Some of the Besht in the Wod! I love 'em sho mush! *hic*

And I'll tell you when I've had too many tropes!

Nappa: Vegeta! What does the breathalyzer say about his blood alcohol content?
Vegeta: It's OVER NINE PERCENT!!! *crushes breathalyzer in hand*
Nappa: WHAT? Nine percent? How the hell is he even alive?