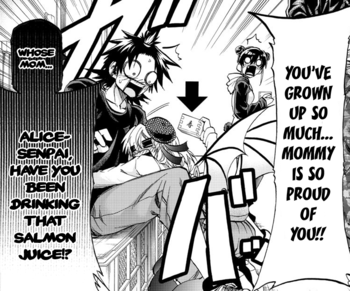 Drinking alcohol makes some characters nicer than sobriety, often with large doses of melancholy. Large doses of maudlin sentimentality are common and may lead to declarations of "I love you guys." or tears.

Also termed a "happy drunk" (though drunkenness can also induce sadness) or "friendly drunk" as opposed to the "mean drunk" or "nasty drunk."

Sub Trope of In Vino Veritas. Can be Truth in Television because alcohol lowers inhibitions.