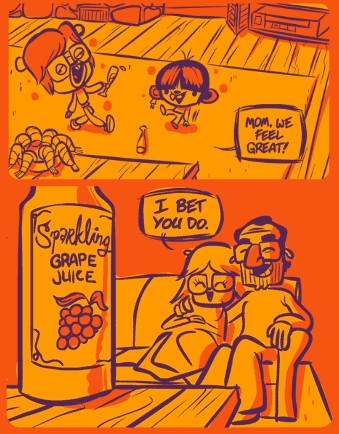 "As I said... you haven't been drinking alcohol! Are you a pack of imbeciles!?"
— Naoto Shirogane, Persona 4
Advertisement:

Characters consuming what they think is a drug, they start acting accordingly, but turns out to be a placebo. Whether it's an oregano joint, a mysterious pill that turns out to be aspirin, or non-alcoholic beer, you'd never know it by the way the person is acting.

Related to Magic Feather (when it's a Motivational Lie) and the Placebo Effect (for how it works).

See also I Can't Believe It's Not Heroin! and Drunk on Milk, for when this isn't an accident. If a character deliberately pretends to be drunk/high, they're Playing Drunk.