Film / Love at the Christmas Table 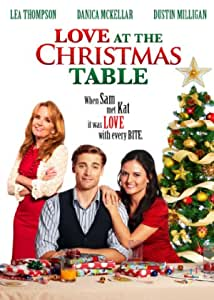 Love at the Christmas Table is a 2012 Romantic Comedy starring Danica McKellar and Dustin Milligan as Kat and Sam, two people who met at the age of four at a Christmas party, and have grown up with each other, and in and out of love. Produced by The Asylum, it was released straight to TV and video. Other notables in the cast are Lea Thompson as E.B., host to the annual Christmas parties, and Scott Patterson as Kat's father, Tom.