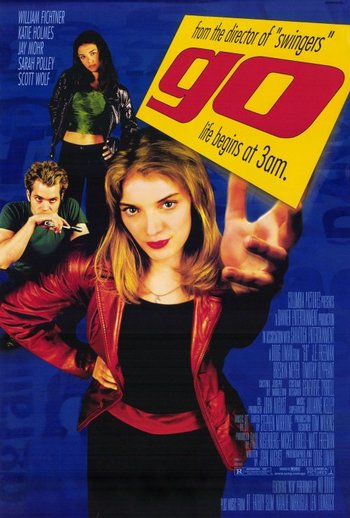 "They can't evict you on Christmas - then you'd be Ho-Ho-Homeless!"
—Simon
Advertisement:

Generally viewed as one of the better Pulp Fiction knock-offs of The '90s, the film follows Simultaneous Arcs of various groups of people during one crazy night, all vaguely connected by drugs.

Not to be confused for the ancient board-game known in English as "Go", or the short-lived '80s game show.