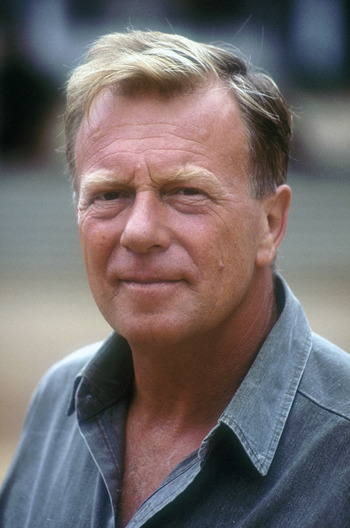 Jack Thompson (born 31 August 1940 in Manly, Australia) is an Australian actor and one of the major figures of Australian cinema.

He was educated at University of Queensland, before embarking on his acting career. In 2002, he was made an honorary member of the Australian Cinematographers Society (ACS). He is best known as a lead actor in several acclaimed Australian films, including such classics as The Club (1980), Sunday Too Far Away (1975), The Man from Snowy River (1982) and Breaker Morant (1980). He won Cannes and AFI acting awards for the latter film.

Please do your best not to confuse him with the infamous and now-disbarred American attorney of the same name responsible for coining the phrase "murder simulators" to describe first-person shooters.