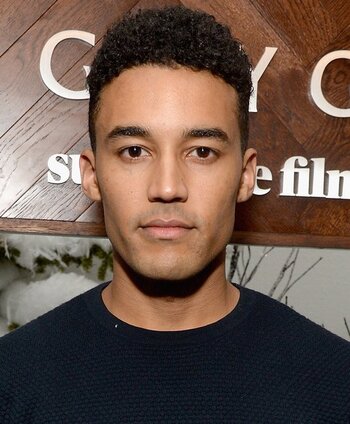 Devon Terrell (born 23rd October 1992, in Long Beach, California) is an American-Australian actor. He moved to Perth, Australia when he was five years old and grew up there. He's perhaps best known for portraying Barack Obama in the 2016 biopic Barry and Arthur (yep, that one) in the Netflix series Cursed.

Tropes associated with the creator and his roles: