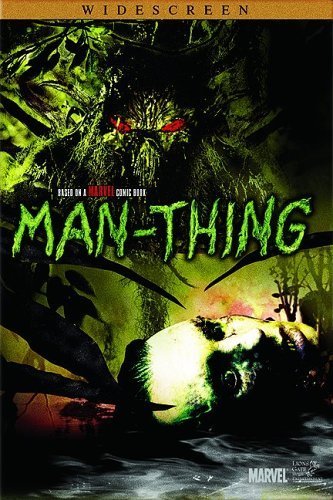 Man-Thing is a 2005 horror movie based on the Marvel comic of the same name. It was directed by Brett Leonar (The Dead Pit, The Lawnmower Man, Virtuosity and Highlander: The Source).

The film starts with one Kyle Roberts arriving the town of Bywater to be its new sheriff. He then starts investigating the deaths in the swamp near it, which all seem to be linked to the Schist Petroleum oil rig that's right next to it. It seems that the company's wrongdoings in the area has awakened its guardian...

Examples within the movie: