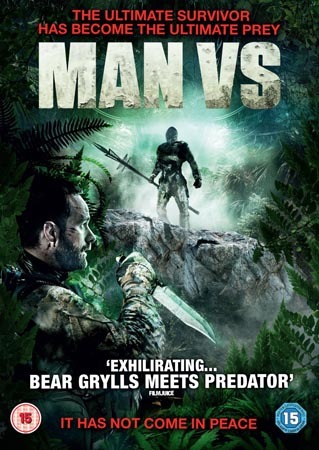 You know the routine by now: Film crew drops off survival expert in the middle of nowhere, survival expert films some footage of himself surviving in the harsh conditions, survival expert gets picked up a few days later. Simple, right? That was the plan, anyway. Doug Woods has his own hit survival show, Woods Vs., and the next episode calls for him to be dropped in the middle of the woods somewhere in Ontario for five days of survivalist footage. Unfortunately, he discovers he isn't alone in the forest. Something is stalking him—something far more intelligent than the expected wolves and bears.

Man Vs (2015) is a horror-sci-fi thriller movie starring Chris Diamantopoulos, riffing on past survival shows like Man Vs. Wild and Survivorman in many ways, only to take a hard left shortly after he sets up base camp.