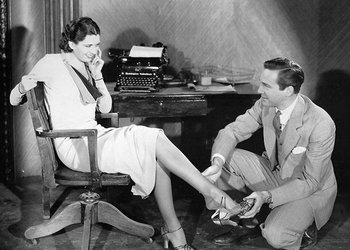 Tom (Manners) finds a job as an assistant for a woman magazine editor, Lois (Francis). Although he’s hesitant about working under a woman, thinking that her gender might get in the way of taking her seriously (hello, 1932!), he soon finds himself liking the job, but also falling for her anyways. Lois, on the other hand, is happily married to husband but is put off by his lack of ambition.

Things come to a head when Tom declares his feelings to Lois but she rejects him. He decides that it’s best to halfheartedly marry his fiancé, Ruth (Merkel), but Lois’ relationship with her husband disintegrates, creating an opportunity for the two lovers.

Not to be confused with the Hong Kong drama of the same name.