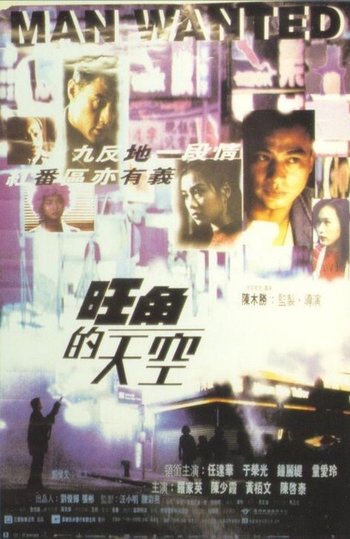 Lok Man-wah (Simon Yam) is an undercover cop who has been investigating drug kingpin Luk Chan-feng (Yu Rongguang) for two years, infiltrating Chan-feng's syndicate as a fellow dealer, but over the years Chan-feng has grown close to Man-wah, even declaring Man-wah as his closest associate and business partner. When Man-wah's identity is eventually blown, he ends up endangering everyone else around him, including his police superiors, his girlfriend June, and himself. A deadly game of cat-and-mouse is about to rage in the streets of Hong Kong...

Two sequels are made, titled Man Wanted 2: Those Were the Days (1996) and Man Wanted 3 (2000), both starring Simon Yam, but NOT reprising his role from the first movie. In fact, the sequels doesn't even belong to the Heroic Bloodshed genre at all, and are your rather standard, average run-of-the-mill gangster films which barely features any action or brotherhood bonding of any kind.