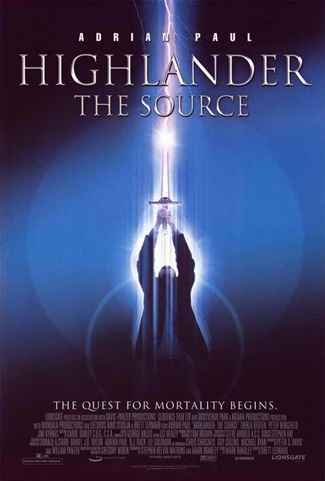 "There can be only me."
— The Guardian
Advertisement:

The Source is the fifth Highlander film. It was released in 2007, first in Russia on DVD and later on Sci-Fi Channel.

Duncan MacLeod (Adrian Paul) joins a band of immortals, who seek The Source, the place where their immortality comes from. Their quest is hindered by The Guardian, protector of The Source, who has plans of his own.