Film / How to Get Ahead in Advertising 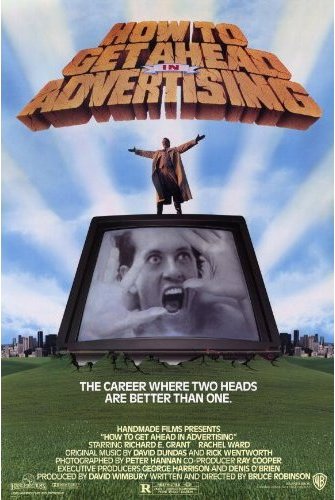 A difficult to classify 1989 British film made by director Bruce Robinson and featuring Richard E. Grant (i.e. the team behind Withnail & I).

How to Get Ahead in Advertising is the story of Dennis Dimbleby Bagley, a highly efficient but highly strung advertising executive who is having trouble inventing an advertising campaign for the latest boil cream, as well as trying to reconcile himself to the fact that he is a seller of lies and propaganda. Soon however, Bagley's more ruthless side begins to manifest itself in the form of a talking boil on his shoulder. And it only gets worse from there...

How to Get a Trope in Advertising: