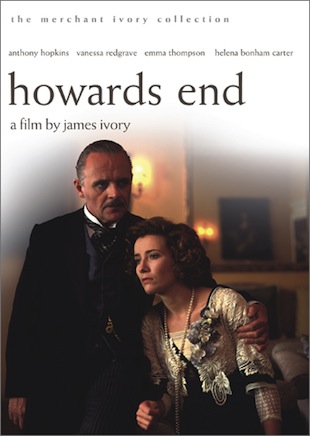 Howards End is a 1910 novel by E. M. Forster, dealing with class differences in post-Victorian English society. In 1992, it was adapted into a Merchant Ivory film starring Emma Thompson, Anthony Hopkins, Vanessa Redgrave and Helena Bonham Carter. It won Emma Thompson her first Academy Award, for Best Actress in a Leading Role. Screenwriter Ruth Prawer Jhabvala won her second Academy Award for Best Adapted Screenplay, following her previous win for A Room with a View, another Merchant Ivory adaptation of a Forster novel.

The two main characters are Margaret and Helen Schlegel, who become involved with the upper-class Wilcox family, who own the eponymous house, and with Leonard and Jacky Bast, who are on the verge of poverty. As the story progresses, the three families intersect in many different ways.

The story contains examples of the following: