Film / Scent of a Woman 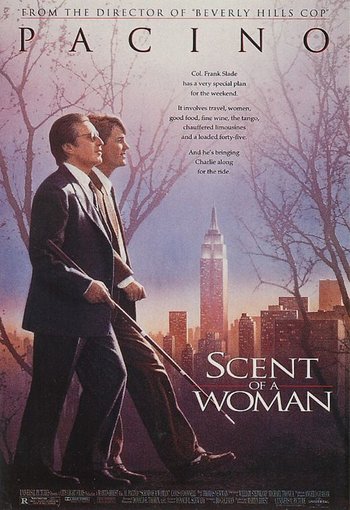 Hired by the colonel's niece to help him while she and her husband and children get away for Thanksgiving, Charlie is told it will be an easy job. It isn't. The colonel, unbeknownst to his niece, is planning a trip to New York City and is dragging Charlie along with him. Hijinks and drama ensues as the Colonel is staring down his own dark path and past filled with many regrets and a young Charlie burdened by a choice lingering back at his school: to snitch on some students or not.

It is a remake of a 1974 Italian movie about a blind Italian army colonel and a poor Sicilian.