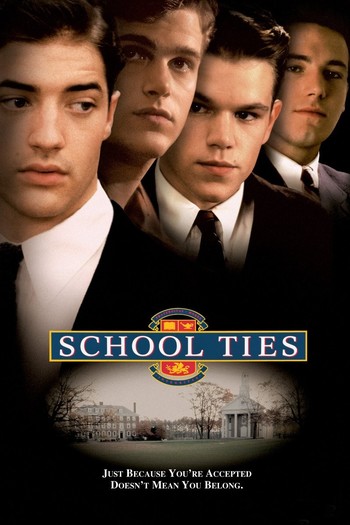 Retroactive Recognition all over the place.
Advertisement:

School Ties is a 1992 film about anti-Semitism in a 1950s prep school, directed by Robert Mandel and co-scripted by Dick Wolf.

The film has mostly been forgotten (outside of tolerance education classes), and is probably best known now for being the originator of an extremely obscure Family Guy homage

The plot concerns David Greene (Brendan Fraser), whose football skills earn him a scholarship at an extremely prestigious— and unthinkingly conservative— preparatory school in the early 1950s. David must keep his Judaism secret while he grapples with the class differences between him and his new peers.