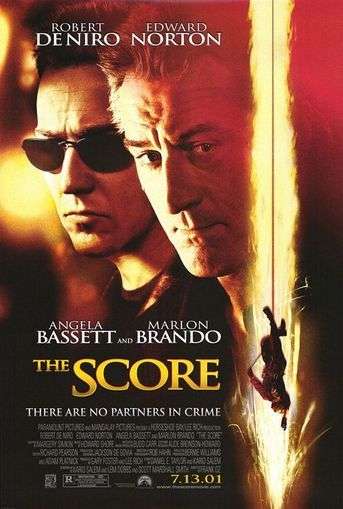 Nick Wells (De Niro), a professional criminal, decides to leave the business for good, since he nearly got caught on his last job. His plan is to live in peace with his girl Diane (Bassett), running his Montreal jazz club. Soon afterward, Max (Brando), his good friend and financial partner, comes along with an offer Nick can't refuse: A historical and priceless French sceptre has been discovered while being smuggled into the country. It is now under massive surveillance in the Montreal Customs House, and soon to be returned to France. Nick has to team up with Max's man inside, the young, talented and aggressive thief Jack Teller (Norton) to get the precious item. Only one question remains: Who will trick whom out of their share?

The Score contains examples of: