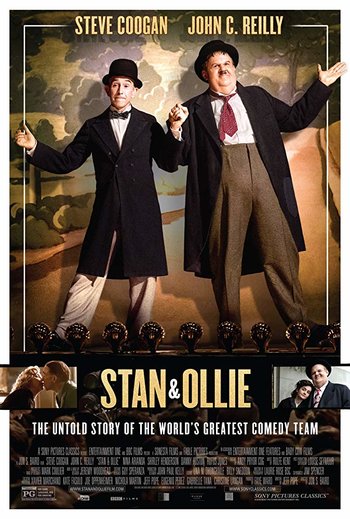 Ollie: I'll miss us when we're gone.
Stan: So will you.
Advertisement:

Stan & Ollie is a biographical film directed by Jon S. Baird from a screenplay by Jeff Pope (writer of Philomena).

It is based on the late life of the legendary Hollywoodian Golden Age comedy double act Laurel and Hardy, when they decided to tour music halls in the UK and Ireland in 1953, after their heydays in the movie industry had come to an end. Long-held resentments threaten to force the pair apart during said tour.